The History of The Manly Probus Club Inc.

The Probus Club movement was formed in the United Kingdom in 1965. It had its beginnings in two clubs, the Campus Club and Caterham Probus Club both created by members of Rotary Clubs. When it became clear that the Clubs were servicing the same need, the Campus Club changed its name to Probus.

In 1974, Probus expanded into New Zealand and by 1976 the idea had spread to Australia.

Since the first Clubs were established in New Zealand and Australia, Probus has grown at an astonishing rate, (over 125,000 members across Australia and New Zealand) and is administered by Probus South Pacific Limited.

The Probus philosophy – Fun, Friendship and Fellowship – lives on.

The Formation of the Manly Probus Club

At a District Assembly of Rotary held at Medlow Bath in May 1980, the formation of Probus Clubs was promoted. Manly Rotary Club was represented by President David Park and Vocational Service Director David Brown. Subsequent to the Assembly, Manly Rotary Club undertook to seek the formation of a Probus Club in the Manly area, with David Brown being the member responsible for its organisation.

David co-opted Rotarians Bill Dyer and Ed Wilson to assist him in securing sufficient people interested in joining such a Club. Bill canvassed members of the Balgowlah Bowling Club and secured eight (8) Prospects, which was an encouraging base on which to build. Rotarian Ed Wilson was associated with the Senior Citizens Centre and he sought interest from that source. Advertisements were placed in the local press and an ‘Interest Meeting‘, was called on Monday 20th October 1980, at 10 am in the Manly Hotel Harbour Room.

The meeting was chaired by David Brown who introduced Manly Rotary President David Park, Rotary District Probus Organiser, Bill Jacobs and Manly Rotarian Bill Dyer. Twenty-two (22) prospective members attended, including some members of Rotary who wished to join, namely Ralph Porter who had been requested to assist in the formation of the Club by the Balgowlah Rotary Club, Harold Fulton and Ed Wilson. Two couples attended but when it was explained that it was proposed to be a male only membership, they excused themselves.

Eventually, fifteen (15) members agreed to form the Club as Foundation Members. They were:

A Committee was elected from the members and resulted as follows:

Following the meeting, morning tea was provided by the Manly Rotary Club.

It was decided that the next meeting of the Club would be held on the third Tuesday in November 1980. At this meeting receipts for subscriptions issued and the honour of holding Receipt No. 1 rests with Jack Burford.

After meeting twice at the Manly Hotel the meetings moved to the Civic Club then later to the Manly Warringah Masonic Club, Balgowlah Golf Club and, as presently, Balgowlah R.S.L. Club.

As Founders of the Manly Probus Club, Manly Rotary Club are to be congratulated on their sound promotion which extended for a period of six (6) months from formation, during which time Rotarian Bill Dyer continued to attend the meetings of the Club till it was seen to be firmly established, becoming autonomous as the first Probus Club established on the Northern Peninsula.

Past Members Recollections of the Early Days 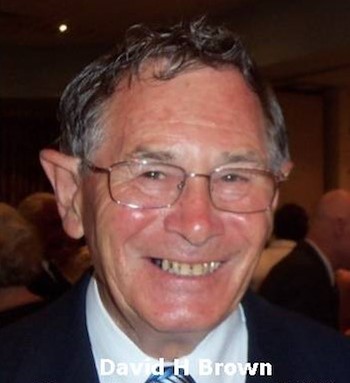 Following a Rotary District assembly held in Medlow Bath in 1980, Manly Rotary Club member, David Brown was given the task of organising the first Probus Club on the northern peninsula, Manly Probus Club. We were delighted to be able to host David Brown 30 years later as an official guest at our 30th anniversary lunch held at the Balgowlah RSL Club on 9th December 2010 which was attended by the Mayor of Manly Jean Hay and members and guests. David provided the following edited recollections in August 2010.

I was inducted as a member of Manly Rotary Club in 1973 and became President in 1976/77. In 1980/81 I was the Vocational Service Director. I proposed to the Manly Rotary Club board at that time that my major project would be to start a Probus club in Manly. This was accepted at the club assembly at the end of July, although there was disagreement by some senior Rotarians that it would be a waste of time competing with other pastimes in Manly of sailing, golfing, bowls, surfing etc.

In August I set about contacting Rotary District Probus Organiser, Bill Jacobs and the two operating Probus Clubs in Sydney of Hunters Hill and Rose Bay. We decided on a date in October 1980 for an “Interest Meeting” when Bill and I would be on hand as well as well as two members from Rose Bay Probus Club. My offsider was Manly Rotary Past President, Bill Dyer who stayed alongside Manly Probus Club for the first six months of operation. Manly Rotarian, Ed Wilson became a charter member and your President in Year 2. On behalf of Manly Rotary Club, Ed also organised the charters of Manly Central Probus and Manly Ladies Probus. 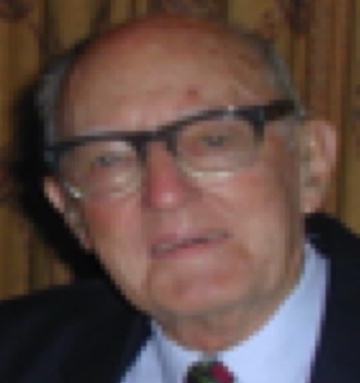 Inaugural Secretary 1980 and Past President 1985

At this time there remain just four members of the original fifteen who attended and signed on at the inaugural meeting at the old Manly Hotel, October 1980. As one of this dwindling group I have been asked by Graeme Montgomery, current Newsletter editor, to write down one or two of my early Club recollections. There is little, if anything, that can be said now, that has not been well publicised on some previous occasion. However, I am pleased to be included in this exercise to preserve some memories and Club history for the probable, or at least possible interest, of those following and who can say for what period of time this may be.

Of Probus generally and our own Club in particular, a first thought would have to be of the very fast growth. Not so much in the first couple of years, but once the name and concept became known. Virtually unknown in Australia at the end of the 1970s the movement mushroomed during the next decade and by the end of the 1980s was well established. The Manly Club grew rapidly during the chairmanship of John Shepherd who introduced quite a number of prospective members from Balgowlah Bowling Club. It could be said that by the end of the 1990s Probus was becoming almost a household word!

To what can we attribute this remarkable growth. Perhaps to the fact that there was obviously a niche, even a need in the community, for oldies clubs of this type. Further it should be remembered that the Rotary organisation has been (and still is) enthusiastic in the fostering and launching of new clubs. In the case of our own Club the names of Manly Rotary members David Brown, David Park, and Bill Dyer are part of our early history. These gentlemen having attended the first meeting then remained unobtrusively in the background and were available until we were established. There is a record of a modest financial loan from Manly Rotary Club in our first year.

What were the expectations of the first fifteen? If I am honest about my own thoughts, I would have to admit that they were negative. I went to the first meeting only to please my good friend Ralph Ramsden who had shown interest. I went, quite prepared to sit through the proceedings and then retire. That was not quite what happened. At this meeting and under the guidance of the Rotary people, agreement was reached that a club would be formed. Next step on the agenda was to choose a committee. Volunteers for President, Vice-President and Treasurer were accepted, no problems. This left twelve from whom to find a Secretary. Nobody wanted the job. One call, two calls, three calls and still no takers which prompted one of the Rotary group to point out that no secretary meant no club and we may as well all go home, his actual words as I remember. I weakened at this stage and put my hand up and the meeting proceeded.

It was about this time that two ladies wandered in and announced that they were prospective members. Our newly elected President had taken the chair by this time, and had great difficulty convincing them that this was a club for males only, ladies had not been contemplated. They finally departed with bad grace and muttering of male chauvinist etc. As the door closed the President made it known that he would not be interested in our newly formed club if ladies were to be part of the scene.

This would appear to be an opportune moment to ask whether we have ever made a major change to our original meeting format, and the answer is yes. Meetings were male only for several years until it was decided to invite ladies to hear guest speakers if and when the subject was likely to be of feminine interest. It was respectfully suggested that they would occupy the rear seats. The scene gradually changed until now in 2002 wives and widows of members attend meetings as they wish.

An early problem for the Club was the question of suitable venue. Having made use of the old Manly Hotel for the first two meetings, it was obvious that this would not be the ideal long-term arrangement, and the move was made to the nearby Civic Club. As our numbers and perhaps expectations increased, further subsequent moves were made to the Masonic Club at the Totem Centre, then to the Balgowlah Golf Club, and finally to our present and most satisfactory home at the Balgowlah RSL Club.